It’s not a bad time to visit Vienna. March has a chance of decent spring weather but it’s not peak tourist season, so you miss the crowds that swarm across parts of the city in high summer.

On the other hand, as with February, it’s relatively quiet in terms of major events. Unless Easter happens to fall in March…

So what little treats does the month offer you apart from the usual museums, concerts, and similar?

Vienna always has plenty of art and other exhibitions going on at any one time, and many delights are planned for March 2023. For example: 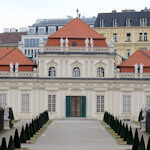 Klimt exhibition: who inspired him?

Vienna: home of Klimt. And the main home for his ...
Read More 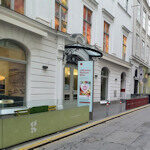 (Eggs at the Freyung Easter market)

The Easter markets open around two weeks before the holiday weekend. So with Easter Sunday in early April in 2023, the last week of March will see stalls heaving with art, crafts and other wares.

Take the opportunity to browse for handicrafts and gifts but also to sample traditional (and unusual) Austrian fare at the many booths selling food and drink.

If you’re pressed for time, then the market in the forecourt of Schönbrunn Palace is perhaps the best. But the Am Hof and Freyung markets are more central.

For more seasonal entertainment, read the guide to Easter in Vienna.

March typically hosts one or two weekend festivals as Vienna slowly emerges from its winter sleep. For example:

A taste of music

The Ottakringer Vinyl & Music festival (March 4th and 5th) is a market, fair, exhibition, and gig rolled into one.

Held in a working brewery, it harks back to the days when music was “real” and not this manufactured nonsense the kids listen to these days. Why, I remember when all you needed was a washboard and a…sorry, pass me my slippers.

Actually, the festival combines a retro feel with contemporary dynamism. “Authentic” is the word I’d use.

And if that’s not enough music for you, then the Vienna Blues Spring starts up toward the end of the month, with a host of national and international bands, singers, and musicians from the genre.

March seems to ignite the art and design fair world into action. For example:

(A meadow in one of Vienna’s parks)

It’s all a little dependent on the weather, obviously, but March sees the emergence of the green shoots of spring, with tulips, daffodils, snowdrops, and other flowers perhaps optimistically forcing their way up through the soil.

The municipal gardens department does an excellent job of filling Vienna’s many parks (and roadsides) with spring colour. A couple of tips, if the climate allows:

(Vienna city centre in winter. Or maybe not)

March is the final full month of the Viennese ball season.

And March is probably your last opportunity to indulge in some winter sports until, well, next winter:

Treat yourself to a spa day

Finally, with the weather still liable to turn chilly at times, you can always dip into a thermal pool.

The Vienna spa complex (Therme Wien) has various indoor and outdoor pools, as well as the usual array of spa offerings: from Swedish massages to Austrian pastries.